If you liked this article, feel free to share it:

Two days ago I released the first major version in almost 2 years for shlink-web-client, a web UI for shlink, my self-hosted URL shortener.

This new version introduces several improvements to the project, and I thought it was worth writing a post to explain all of them in depth.

The project has been using the same design almost since the beginning. It was clean, but it laked a bit of contrast and consistency in many sections.

Now the main background is light-gray, with components composed in white cards with a slight box shadow, that makes them easier to spot inside the app.

Also, the main area has now a max-width that prevents components from stretching too much on wide screens. 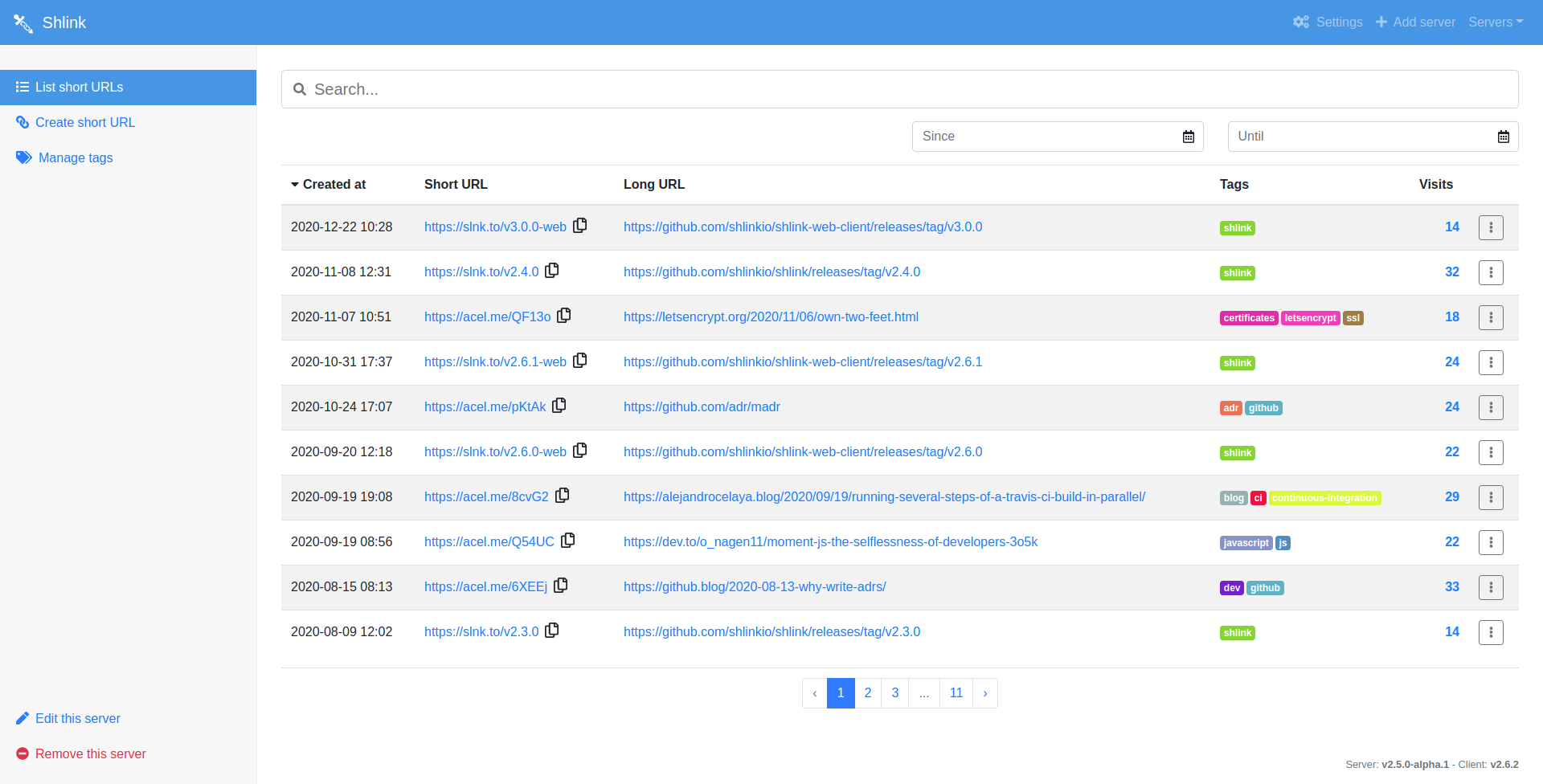 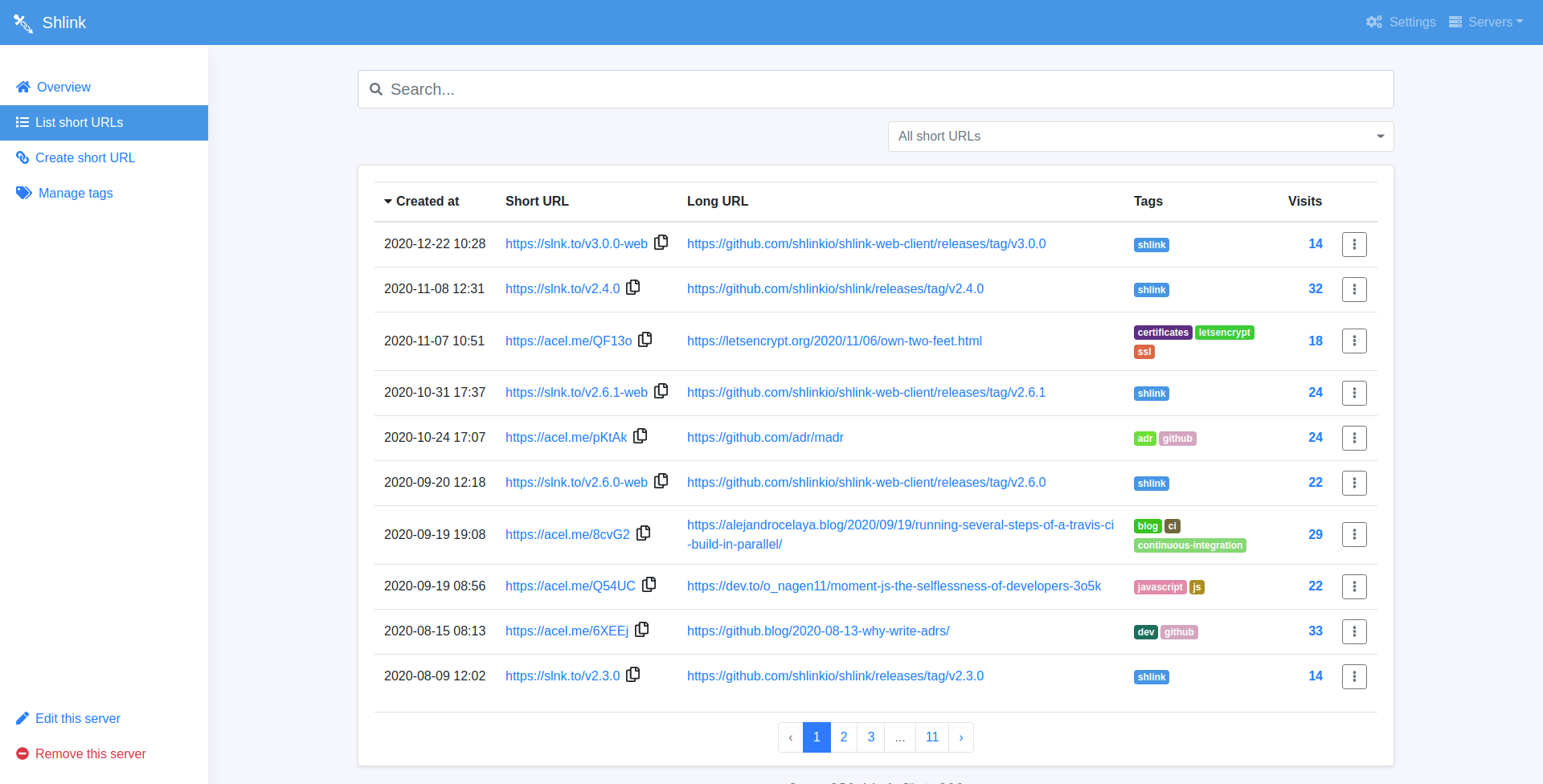 Up until now, after connecting to a Shlink server, you went directly to the list of short URLs.

With this new version, you now see an overview page first, which displays some general stats, a quick short URL creation form, and the latest 5 short URLs.

From there, you can navigate to the full list of short URLs, with filtering capabilities, or go to the advanced short URL creation form. 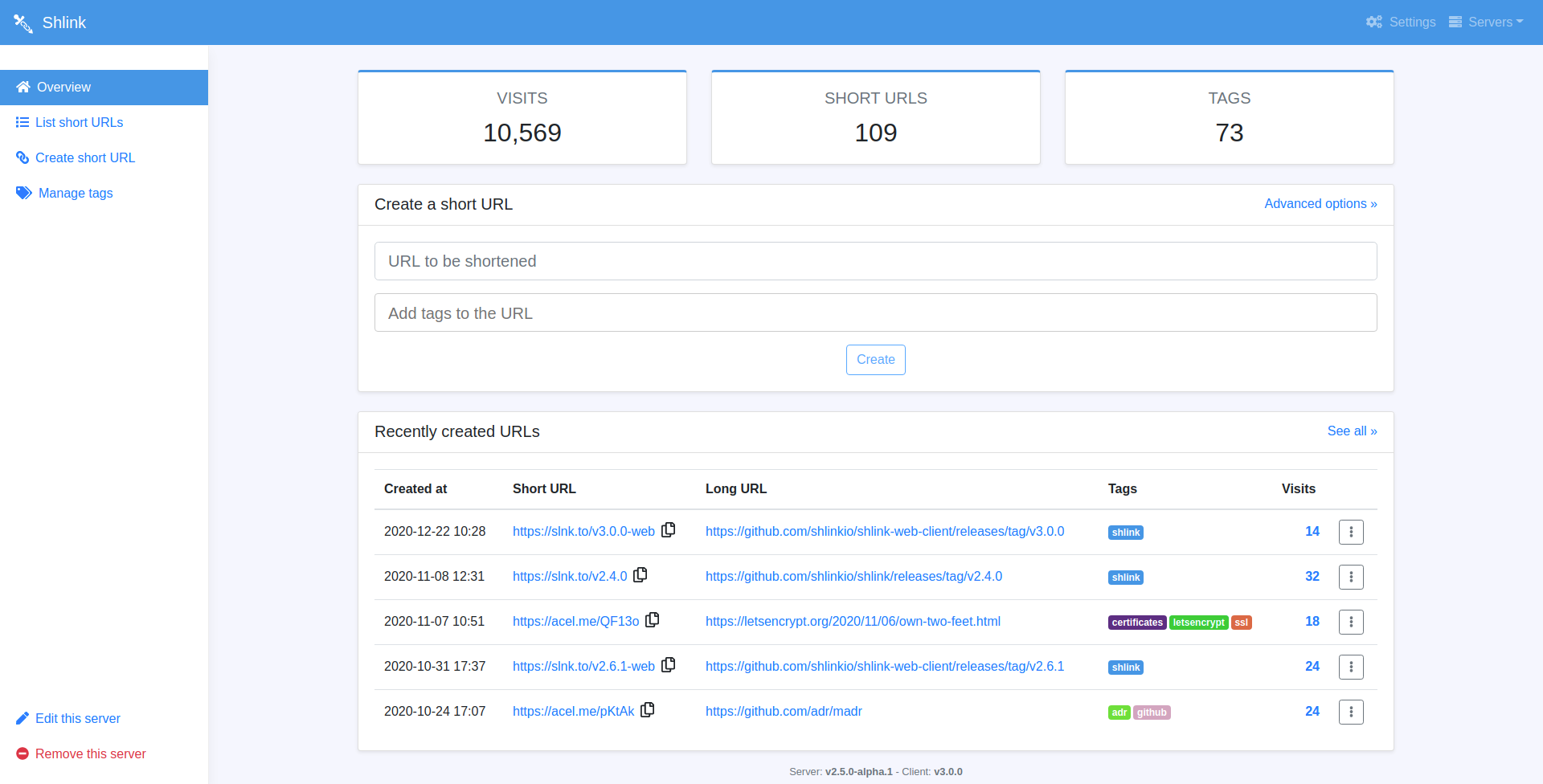 One of the sections with more room for improvement was the short URL creation form. It had all the inputs mixed, displaying just the "long url" one, with the option to un-collapsing the rest at will.

The new design groups the inputs by context, which makes it more clear. It also displays the inputs all the time, since the "quick form" is now located in the overview page. 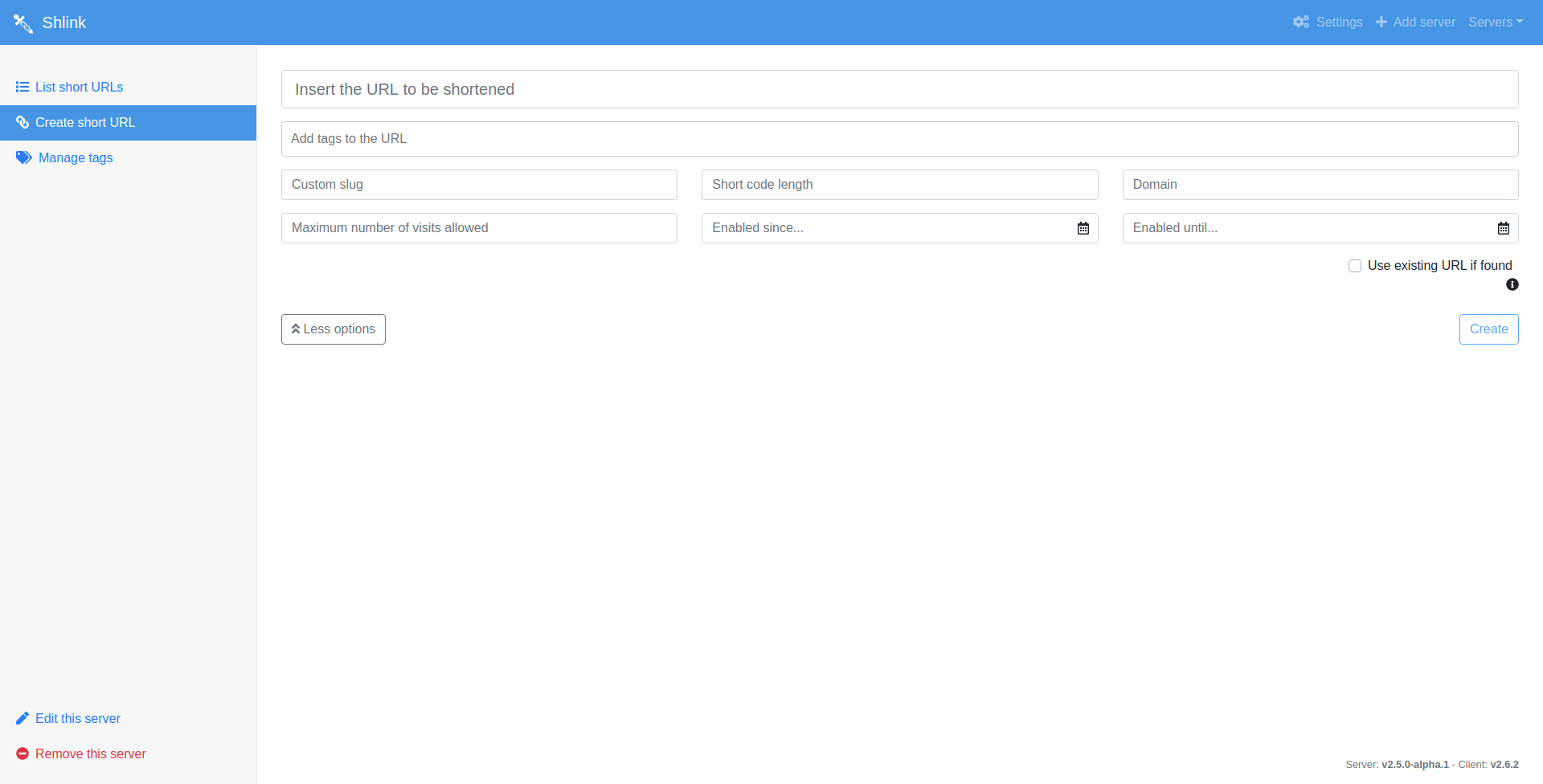 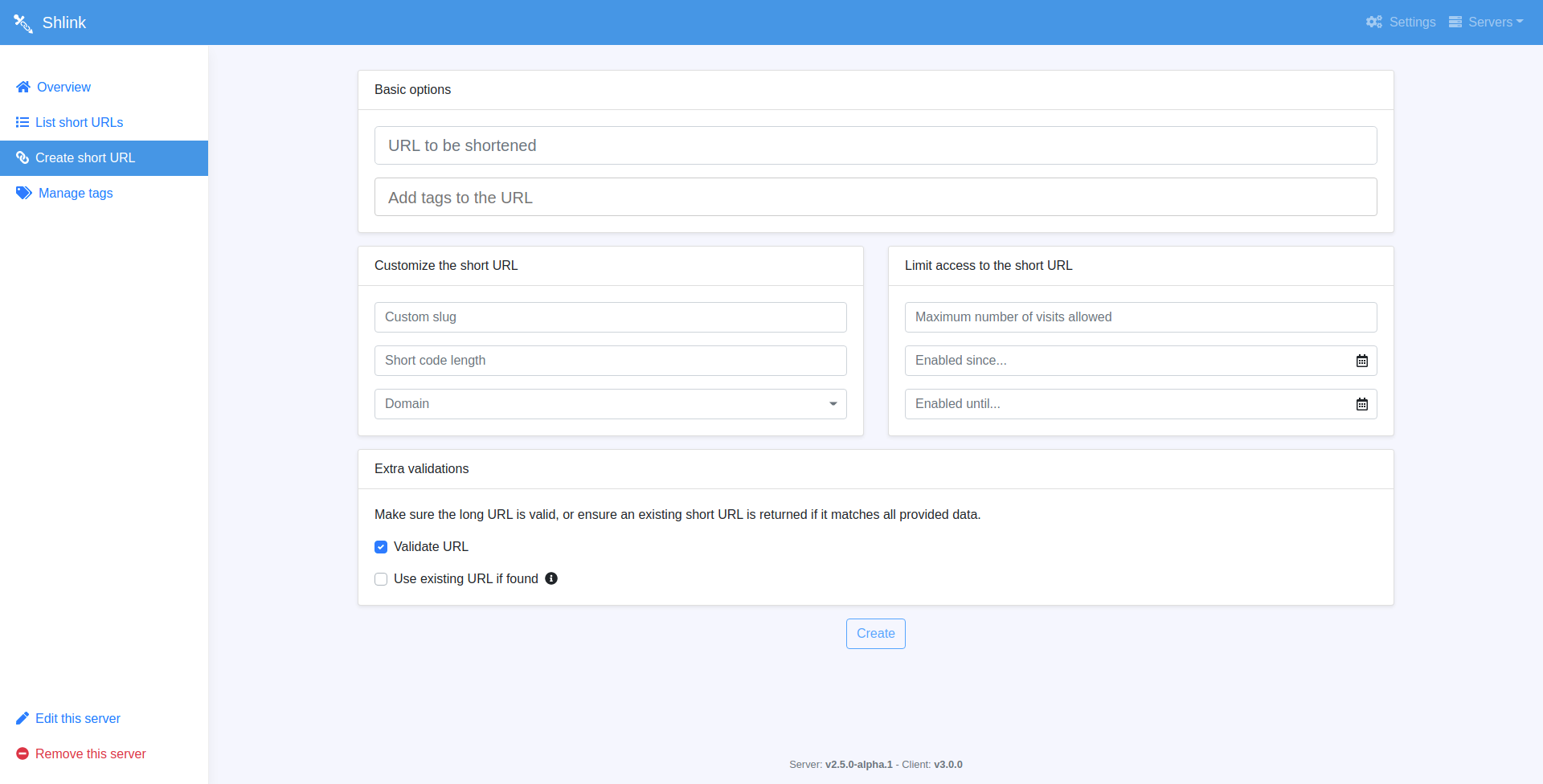 The visits page had a problem, it was trying to display too much information in a single place.

The new approach splits those in subsections with their own sub-route each (/by-location, /by-context, etc). This helps to render a smaller amount of charts at once, since they are a bit CPU greedy.

Also, only the visits from the last 30 days are loaded by default, making it load way faster for URLs with a lot of visits. 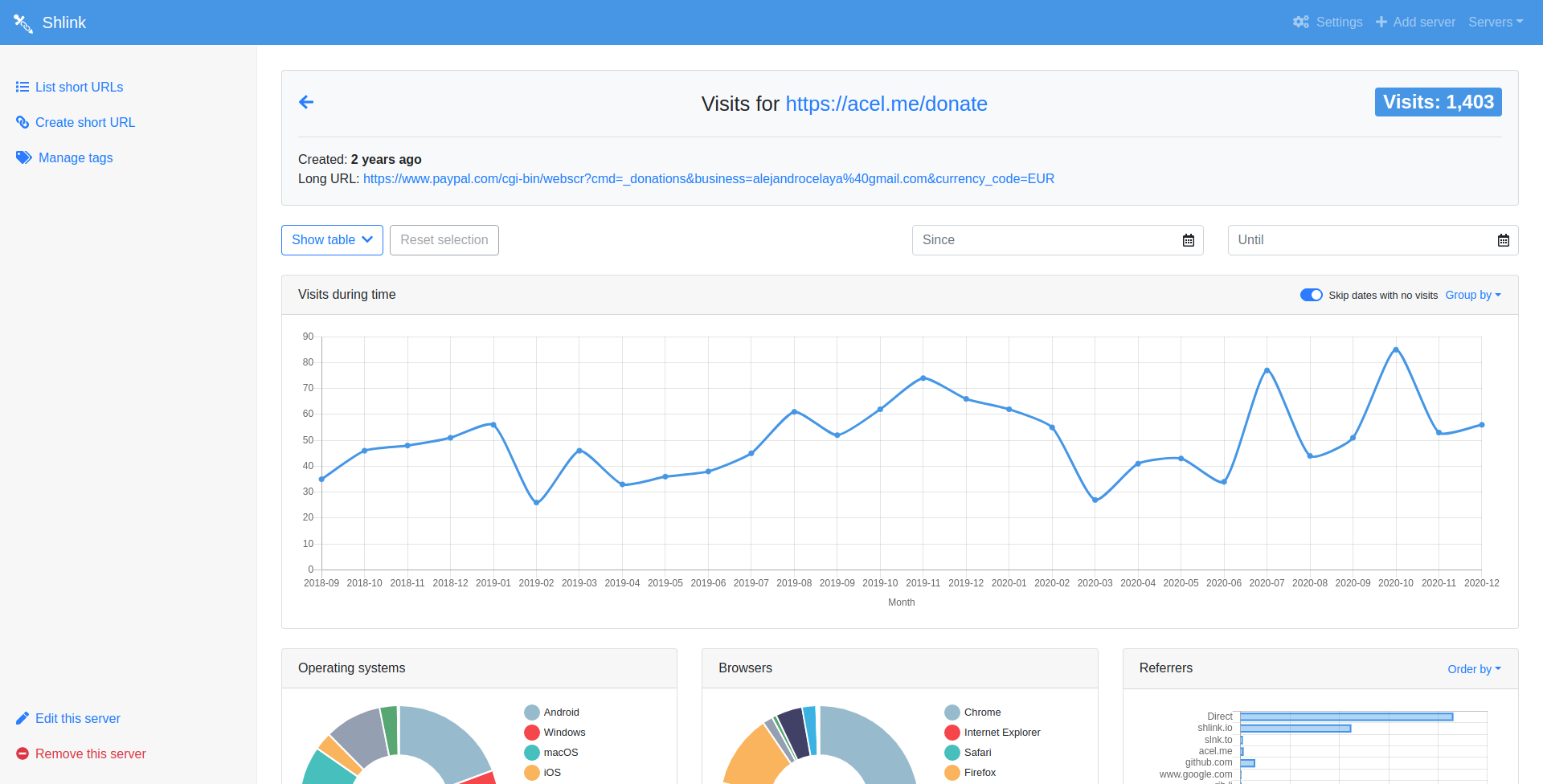 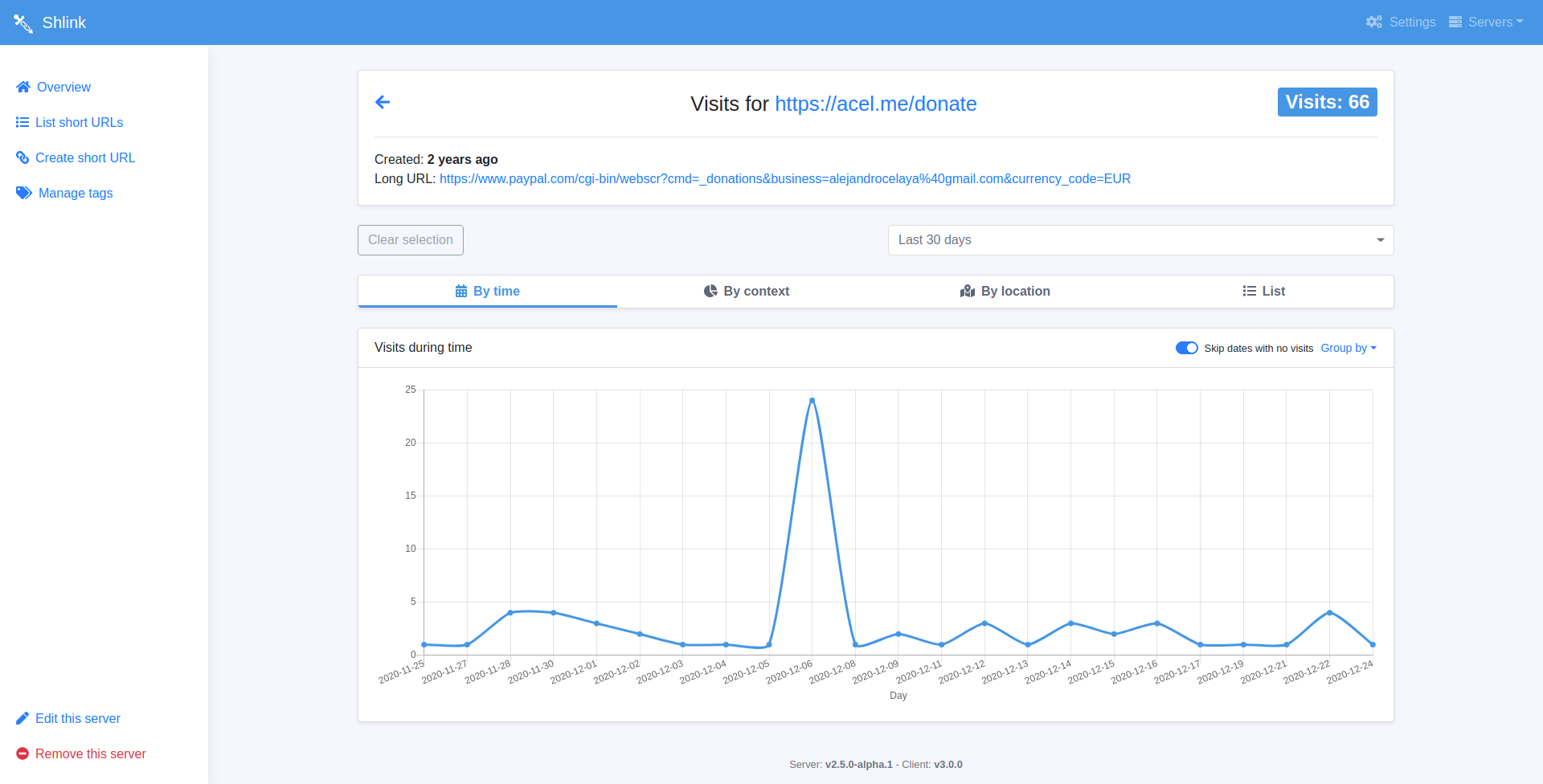 The app has some sections which are not related to a specific server, like creating/editing servers, or the settings page.

These sections have also been adapted to the new style, and they also have a max-width for wide screens.

This component is used to filter both short URL lists and visits lists. 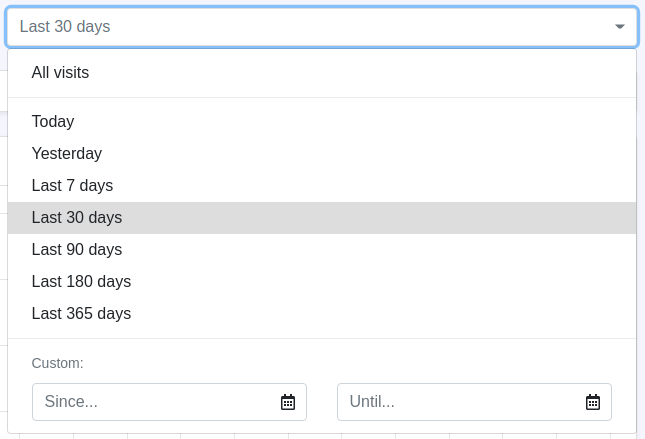 Shlink has had multi-domain support for some versions, but changing the domain from the web client required to set the value manually, which is a bit error-prone.

This version introduces a new component which allows selecting from domains already used in the past (which is what you will want in most of the cases), preventing accidental typos.

It also allows setting new values in case you want to use a new domain that you never used before. This domain will then appear in the list the next time.

The changes described so far were the major ones. However, v3.0.0 includes a few other minor improvements.

Other than the last point, Shlink v3.0.0 is mostly backwards compatible, so it's safe to upgrade if you are already using Shlink v2.x

Of course this doesn't end here, and I have a lot of ideas to improve it even further.